Smoking and vaping have been extremely destructive to Black America. Historically, African American neighborhoods battle redlining, gentrification displacement, broken homes, high crime and drug use rates, and over-policing. We also struggle with inadequate access to health care, housing, fresh food options and public education. Rather than seeing resources designed to improve the health of our community, even more tobacco retail stores are built in neighborhoods that already have an abundance of smoke shops and liquor stores. 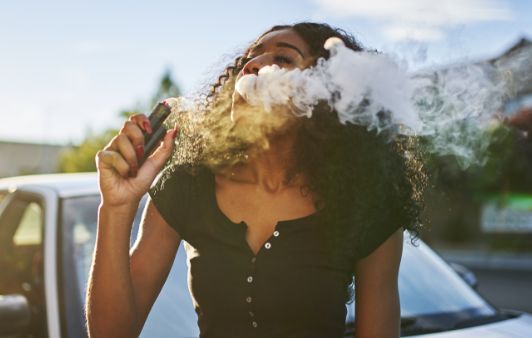 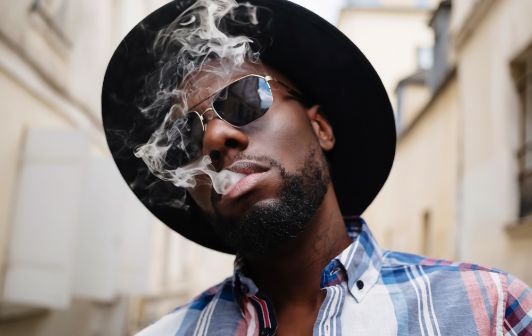 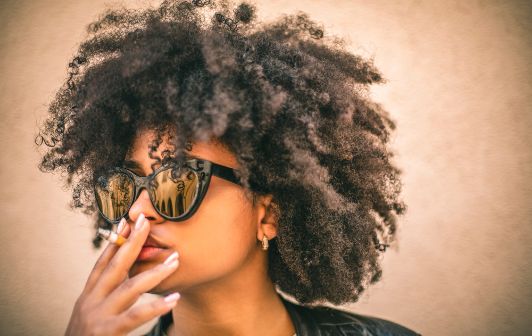 Compared to non-Black communities, African American neighborhoods have more stores that sell tobacco products. These stores have more tobacco posters and larger-sized advertisements plastered on doors and walls fronts. Tobacco products, including menthol cigarettes and cigars/cigarillos, are cheaper in these neighborhoods to lure youth and adult consumers.

Big Tobacco attempts to keep African Americans addicted to nicotine by providing funding and sponsorships for Black cultural and musical events and scholarships for Black students. They sponsor Black Greek organization activities, advertise in magazines, and at venues popular with African Americans to stay relevant, relatable, and appealing to their target. They have invaded our culture by using prominent African American leaders to gain the trust of the Black community in exchange for our support, cooperation, or silence. These manipulative tactics hit close to home, as local African American leaders openly support an industry destroying Las Vegas’ Black communities.

Young African Americans Are at Risk.

Almost all underage first-time smokers chose a flavored tobacco product, and with the banning of fruit and candy flavors, menthol and mint are the most popular cigarette flavors on the market.
Most Black smokers age 12-17 use menthol cigarettes and vapes.
Black children can recognize tobacco brands in advertisements more than other children.
The younger the age when smoking starts, the stronger the addiction.
Smoking at a young age increases the risk of tobacco-related illnesses like heart disease and stroke, multiple cancers, and premature death.
Youth who use flavored tobacco products like menthol vapes are more likely to become chronic smokers, experience nicotine addiction, and damage their developing brains.

which are also referred to as e-cigarettes or vapes, popularity has increased with youth and young adults.

The popularity of Electronic Nicotine Delivery Systems (ENDS), as also known as e-cigarettes or vapes, has increased in youth and young adults. According to the 2021 National Youth Tobacco Survey (NYTS), approximately 2.6 million youth are current ENDS users. In 2019 African American teens living in Nevada reported in the 30 days leading to the Nevada YRBS that 19.5% of high school students used ENDS compared to 2.5% using commercial cigarettes. ENDS add to the mountain of disparities that Nevada's Black youth face every day. It is important to know:
Almost all ENDS sold in the U.S. contain nicotine, including those that do not list the nicotine content or list it as 0%.
The aerosol from ENDS that is exhaled into the air is NOT water vapor and can contain toxic substances like nicotine, cancer-causing agents, heavy metals, and other chemicals that can cause severe lung diseases.
ENDS cartridges, like the ones manufactured by JUUL, can contain as much nicotine as a regular pack of cigarettes (20 cigarettes).